Understanding The Origins Of Automation (Part 2)

The commercial success of If That Then This (IFTTT) didn’t only tell tech entrepreneurs that consumers were willing to learn—it told them that the demand for automaton was high, too.

Enter Zapier and the advent of no-code

Looking back, it’s crazy to think that Zapier, a multi-million dollar tech company, was born out of a conversation two jazz artists shared in 2011. Dubbed aptly as a web automation app, founders Bryan Helmig and Wade Foster designed their platform to “connect your apps and automate workflows.”

Since its inception, the idea of Zapier has always been to utilize pre-existing tools. Like IFTTT, it used available APIs to integrate business software and immediately automate a process. However, opposite to IFTTT, Zapier users can be as technical as they want with the processes. Because the platform is a lot more robust, automation functionalities between apps had far more impressive capabilities than anything available in the market. Whereas IFTTT allowed you to connect only two apps, Zapier joined much more and with filters and detailed workflows to boot. If you wanted, you could even write code.

And because Zapier put a premium on helping develop business software and workflows, it received a far better market reception than IFTTT that poured its efforts into IoT devices and consumer apps. In other words, Zapier readily appealed to a bigger audience, consisting of new and established enterprises, and non-coders to coders alike.

The concept of optimizing a visual drag-and-drop interface dates back to 2005’s WebSphere Process and arguably 1987’s Apple HyperCard. Despite several apps that attempted to commodify the idea, it took the advent of APIs, SaaS, and Zapier’s automation to introduce what we now know as no-code programming.

What we can expect from automation moving forward

While it’s only fair to say that 2020 has been difficult for most of us, the convenience automation has allowed us to enjoy is evident. From ordering food online to scheduling doctor appointments through the web, automation has empowered not only sectors and industries but also consumers and communities.

For the modern entrepreneur, automation can mean increased savings, productivity, and the need to operate only with a handful of team members to get an enterprise running.

If you decide to use a platform similar to IFTTT or Zapier, you’ll be faced with the enviable problem of having too many options to choose from. As you can already imagine, several apps offer similar features to each other.

Zapier used to be a unique service when it was fit launched. Today, it enjoys a healthy rivalry between companies like Parabola, Integromat, and bubble.io, each offering distinct features and serving nuanced market niches.

Still, Zapier’s sturdy reputation for combining one app to another and more is impressive. Regardless of which no-code platform or automation service you select for your business, the future for automation is promising. There’s only so much we can simplify and use visual editors for until the only thing left for us to do is to exhaust and execute our ideas efficiently.

The race for automation hasn’t exactly concluded yet. Considering how there isn’t a shortage of providers in the market, you can only bet that citizen developers and entrepreneurs will have more to enjoy and celebrate in the coming months and years.

Why your business needs no-code now

Consumers have turned to the digital space long before the advent of the novel coronavirus, but it is worth noting how transacting through the world wide web has become the primary preference of many. That said, if you’re a business leader, you may want to listen to trends and start treading in the no-code direction. Whatever industry you belong to, there’s a high chance your consumers are online—so meet them where they are.

Web apps are perhaps some of the strongest spaces in all of the internet in that businesses can engage with and earn directly from their customers online. From booking services to creating social media communities, web apps are reliable ways to increase brand visibility and ecommerce efforts.

In that light, Bubble is arguably the most flocked to no-code platform among its contemporaries when it comes to the development of web apps. Whether you want to whip up a web app for wireless devices or desktops is up to you; bubble.io can accommodate both.

What’s more, Bubble’s visual editor provides flexibility to achieve responsive requirements and intricate designs. And since no coding is needed to develop software, anyone can lead tech projects and build on Bubble.

The best part is that it doesn’t take weeks to understand how the platform works, nor does one need to live through months before they can launch a product. Web apps created by no-code platforms like bubble.io are often affordable, quick, and creative.

Still don’t have automation services or a web app for your brand? Give us a call, and we’ll make it happen. 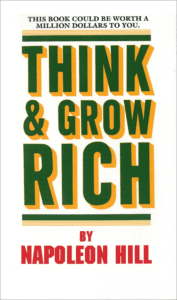 As the book title implies, Napoleon Hill’s Think and Grow Rich tackles what kind of 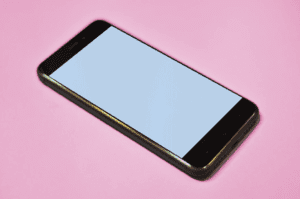 Make app building your side hustle with no-code

As the pandemic remains to shape present times, professionals are scrambling to find other hobbies 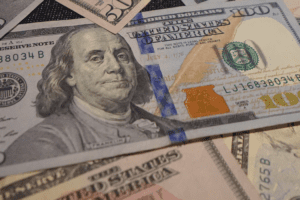 Regardless of what source you look at, present data on mobile and web applications all 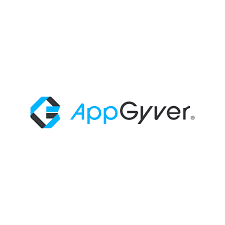 AppGyver, the protagonist of no-code development

If you’re a fan of the 80’s hit TV show, MacGyver, then you’re going to