A New Era of Programming

This era in technology is composed of numerous breakthroughs. From self-driving cars to custom cancer vaccines, we’ve witnessed a lot of progress in the last decade alone. In the software industry, for instance, the no-code movement is starting to gain mainstream popularity rapidly. Designed to empower non-software professionals to create software solutions without coding at all, citizen developers are taking charge and owning their rightful spot in the app development equation.

Let’s take a look at how the no-code movement is disrupting the software space for good.

The software landscape has changed forever

Let it be known, first and foremost, that no-code platforms don’t intend to eliminate coding. Traditional software engineers know for a fact that that just isn’t possible. For as long as technology will exist and thrive, coding will be immensely warranted.

In a nutshell, no-code is programming at a higher abstraction level. Instead of articulating computer instructions through syntax and symbols, providers like bubble.io and its contemporaries extend boxes and buttons for citizen developers to navigate around and build on. Put merely, no-code is still very much software development in visual programming form.

The philosophy of abstraction is elemental in computer science. Removing intricate details to focus on features and functionalities has become necessary for the non-coder to piece things together. If you examine all software today, each one is constructed on multiple abstraction layers. This is because every layer hides extensive particulars so that developers can keep creating more smoothly; common patterns are abstracted by frameworks, common logic is abstracted by software libraries, and complete business domains can be abstracted by APIs.

At its core, each coder stands on the shoulders of programming giants that have come before them. These tech giants are responsible for creating and maintaining mountains and galaxies of code and systems traditional programmers resort to. In that sense, no-code shares that concept. Consider no-code to be an added layer to the already long line of software abstraction levels. Referred to as visual programming, the no-code movement takes away visible coding complexities by supplementing plugins and boxes non-coders can drag and drop. Needless to say, the real charm of these platforms is how they’re able to come up with fully functional end-products only by optimizing visual interfaces.

One block at a time

If you liken software development to woodworking, you can refer to coders as builders with specialties in chiseling or carving. These skills allow them to create any piece they can think of as long as they have the tools. Similarly, no-code can be viewed in the same way. If citizen developers were woodworkers, they’d be the type of pros who relied on pre-made building blocks that could be snapped and combined to produce new products.

Although immensely limited to available blocks, the design possibilities are endless, and they can often be completed in over half the cost and time it would have taken coders to follow traditional programming practices.

Ultimately, the rapid expansion of the app development space has diversified the pool of developers and creative ideas. Having eliminated the coding barrier has definitely attracted more people into building their own software. Not only will no-code move business units into creating apps without needing IT all the time, it will also empower entrepreneurs, startup founders, and more freelance creatives to delve into the world of tech. There are hundreds of unexplored paths that have yet to be amplified through app development, and only time can tell how these innovations will roll out.

By democratizing the building of software, no-code is definitely going to impact several more sectors to come.

Why now is the best time to explore no-code

As the pandemic continues to eat the world away and pause multiple forms of operations, there’s never been a more perfect time to make a mark in the digital space. Whether you’re an employer looking to encourage your workforce to bridge solvable business gaps on their own, or are a startup founder looking to realize your business dream with an app, there has never been a better time to begin.

Firstly, the no-code market is as diverse as ever. Every platform has some sort of expertise and software specialty, so depending on the kind of app you’re building, your selection can vary. Secondly, the internet extends a plethora of resources you can refer to for help. Whether tutorial videos on Youtube or a vast collection of blogs, you have all that you need at the tip of your fingertips. Tech startups like MVP.dev also readily lead the pack for app development and startup initiatives, so the option to reach out to experts is never truly far off.

The benefits of no-code are clear, and the future isn’t waiting any longer. After everything’s been said and done, the only thing left is to start. Have ideas you want to discuss with us? Call us, and let’s build your app! 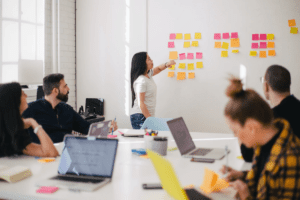 No Code Development for Small Businesses

Today, it’s not enough to bank on how amazing your products are for your business 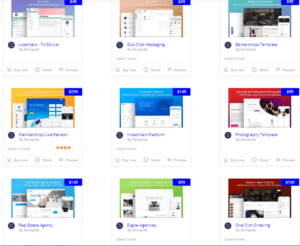 How To Launch Your App Idea For (Almost) Free – Part 7: BUBBLE TEMPLATES

A template is a designed layout or an already formatted blueprint file. Templates incorporate all 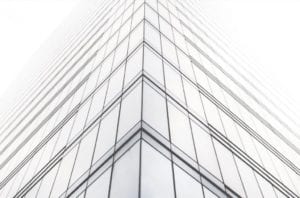 So, at some point, this will be my personal blog.  My goal in the near 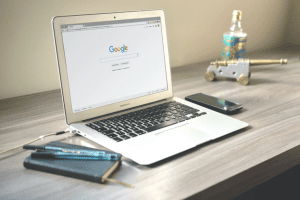 Several factors contribute to a captivating web application. As the globe continues to inch toward