Digital transformation is fundamental and determinative to any institution’s market positioning in today’s business setting. As a result, both front and back-end efforts need to be automated to provide improved services efficiently. It should come as no shocker then that according to recent studies, the enterprise application sector will amount to roughly $300 billion in the next four years.

All that mentioned, what role does the citizen developer play in the overall IT equation?

Getting to know the citizen developer

A quick Google search will tell us that citizen developers are computer users who initiate the development of new business applications meant to be used for corporate consumption. Before low-code and no-code platforms were a mainstream thing, the term citizen developer mainly referred to people who crafted functional solutions using single-group applications like Microsoft Excel and Access.

Whereas low-code platforms are still designed primarily for experts who wish to expedite the app development process, no-code providers allow non-coders to build the software they want to from scratch without writing code. In this context, the non-coders are the new citizen developers.

In other words, since the advent of shared services and cloud computing platforms, the buzzwords “citizen developers” now allude to tech-savvy creatives and entrepreneurs who build their own apps through no-code platforms like bubble.io

Furthermore, it is only fair to say that citizen development was birthed as a response to the growing need for new, easy, and accessible technology. Because of the drastic rise of the digital era, the workload usually shouldered by IT departments and companies have become too much. This is why the need is urgent.

Citizen development is composed of business leaders, visionaries, and workforce members who come up with applications that may or may not be approved by an organization’s IT department, if applicable. The idea behind end-users building customized solutions for the advancement of a business may not be novel, but corporations and startups understanding the potential influence of empowering citizen developers with visual programming is. In fact, one study states that over 60% of organizations have discussed moving forward with citizen development projects.

The growing need for citizen developers is more definite today

There is a critical demand to help reduce IT backlogs in companies at present. Studies say that close to 80% of business and IT leaders agree that many IT solution requests are currently taking the backseat because of the never-ending additional IT endeavours. What’s more, to make sure an organization is operational from a technology perspective, IT is expected to continue modernizing existing IT systems, all while developing new business-critical software. Clearly, this is too much to ask from one department.

Oppositely, studies also cite that those who need quick access to better improve their working routines and patterns are getting frustrated at how IT isn’t able to respond to application requests and upgrades swiftly. If there’s anything this era has taught us about tech, it’s that more tech-inclined people lean towards fixing their own problems by creating solutions of their own. This behavior is exhibited when marketing experts, for example, come up with complex desktop databases and spreadsheets to streamline client work and track daily assignments.

Over at the startup standpoint, citizen development has become a hot topic, too. The number of independent solo entrepreneurs turning to no-code is rising. Because the development of web and native application has become graspable, simple, and affordable, it’s understandable why a lot more business leaders are choosing to commodify their ideas with providers like Bubble.

How Citizen Developers are improving enterprises

One can argue that every modern company today has now turned into a software company without even intending to. To keep driving innovation, enhancing operational effectiveness, and generating revenue, more applications need to be made. As a matter of fact, research suggests that in the next three years, over half a billion apps will have been developed. That’s about the same number of launched apps in the last four decades!

The truth is, IT alone, with its limited resources and human resources, is not enough to meet present business demands. That being said, citizen developers hold power to overcome the gaps felt and evident in workplaces. And despite the expanding number of software developers, present figures still tell us that there’s a limited pool of talented and able coders and software engineers in the market. Meaning to say, the IT industry, as a whole, is finding it difficult to catch up with existing software exigencies.

No-Code is the future

The takeaway here can be many things, but ultimately, it’s that no-code platforms allow regular Joes and Janes to build apps they deem fit. Whether for internal office communications or business venture purposes, visual programming has enabled more people to explore the beautiful, often crazy world of application development.

And looking at the rate of things, app development is only going to keep getting better.

Do you have an app you want to build? Let us know what it is, and we’ll make it happen! 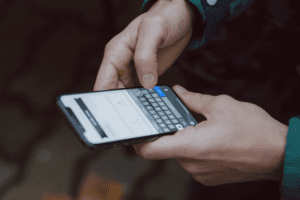 Our reliance on technology grows as every day passes. With COVID-19 only amplifying the rapid 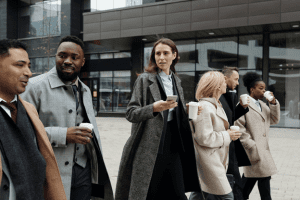 Top 10 No Code Platforms for Startup Founders in 2021

The year hasn’t concluded just yet, but experts are already rounding up their business forecasts, 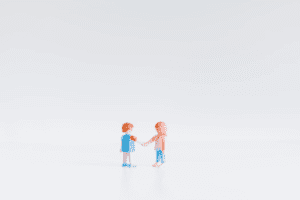 How to Build a Two-Sided Marketplace Platform That Lasts

If you’ve been an avid user of GrubHub or Lyft, then the idea of a 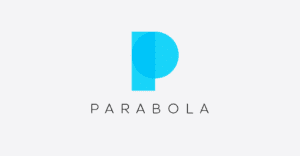 Parabola lets your computer work for you

No-code tools and platforms are starting to take center stage much more today. Given the