MVPs and No-Code: The Perfect Pair

These days, the brightest ideas can come from anyone. Thanks to the internet and the growing influence of creative forces, ideas that fill needs and meet demands are abundant. But how can you possibly create an app when you’re not a computer expert, let alone a software engineer or a talented coder?

2020 is an era of many things. In the software space, one can say that this year is the burgeoning rise of citizen developers and entrepreneurs. More enterprise leaders are leaning toward minimum viable products and the Lean Startup methodology’s promise, and thankfully, coding is no longer a required skill to start building software. With MVPs now feasibly built on no-code platforms like bubble.io, tech-savvy people who have no professional computer backgrounds can now develop apps as they please.

What does this mean to the budding business leader?

The advent of no-code MVPs has allowed an expanding number of creatives to test ideas and validate business models a lot sooner. Not only does this process better introduce you to your market, this also allows you to build a more robust product designed to stick and click—all without having to write a single line of code!

MVPs and the No-Code movement

There are two critical aspects of MVPs in the context of no-code: independence and hypothesis.

As the word implies, independence means not having to rely on anyone, specifically pools of engineers for their technical expertise. Because no-code platforms optimize visual programming, anyone with a willingness to learn can build software as they deem correct. What this means to cash-strapped entrepreneurs is that they can develop apps by themselves without having to splurge on expensive computer folk for the development of their MVPs.

Furthermore, a citizen developer also becomes better acquainted with their hypothesis through a no-code MVP. When producing your version of a prototype, your hypothesis should preferably be what you want to find. Regardless of how events turn out, your metrics should dictate when it’s time to move on and whether your hypothesis is justified. Two stunning examples of no-code MVPs are Buffer and Dropbox—Buffer established a landing page, while Dropbox came up only with a video explaining its concept. Big names today, these then-MVPs were quickly able to validate their assumptions about market demands and consequently gather a promising number of pre-release signups.

There are numerous benefits to building an MVP instead of perfecting a product for endless months and then launching it. Among them are the following:

There are four fundamental stages in MVP development:

Different sources will have varied versions of these stages, but they’re all technically the same.

Where ideation calls for defining the products and testing its feasibility within an organization, building will tackle creating the physical product. On the other hand, shipping will cover releasing the product to the market to gather feedback. And as the name suggests, altering means adjusting and tweaking parts of the MVP to accommodate the MVP’s users aptly.

There are always risks in launching a product. When you’re not insightful enough, you could be committing more than your fair share of mistakes. Here are a few reminders to take to heart when building an MVP with no-code:

The main objective of releasing a no-code MVP is to introduce your product to your market by extending only your idea’s most basic version. Therefore, one shouldn’t stress too much about beefing up a product. Know precisely what core features you want it to carry, and keep it there; reserve all the glam and glitter when all else is made clear.

Use the right metrics.

The metrics of an MVP will differ in that no market and product are the same. Determine what metrics best indicate the progress and the viability of your product. For instance, with an app like Tinder, attrition isn’t immediately referred to as something negative in the sense that a user could be deleting the app because they’ve found their match. Study what principles your MVP needs to gravitate around, and gather feedback as thoroughly and religiously as possible. Your data will always be what dictates the following steps.

Bringing your vision to life is exponentially easier today because of platforms like bubble.io. No-code has empowered thousands of citizen developers and will remain to do so as digital transformations continue. As market trends and consumer behaviors evolve, it’s certain that visual programming will stay. If you’re an aspiring entrepreneur with a message you’d like to commodify, your safest bet in testing the waters is building an MVP with no-code.

Do you have software ideas you’d like to talk about? Give us a call, and we’ll build your app!

How To Launch Your App Idea For (Almost) Free – Part 3: Application Types 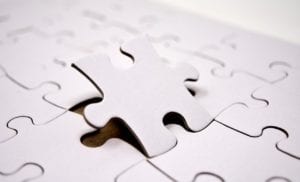 How To Launch Your App Idea For (Almost) Free – Part 11 & 12: Getting Help And Wrapping it All Up

Forum The Bubble Forum is a community of Bubble users that assists other. In this 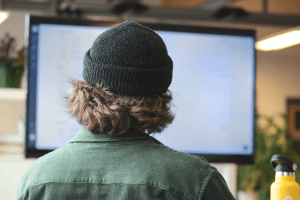 If you’ve lived in the 90s’ long enough to be nostalgic, you can testify first-hand 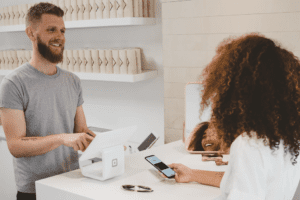 The road to Product/Market Fit will vary for every business leader, CEO, and startup founder.