What drives the costs of an app?

One of the many things the pandemic has made entrepreneurs realize much more is the cruciality of an established digital presence. From social media initiatives to a full-functioning app, leaders are embracing the new normal by fortifying their reach to their target markets. So much so, that studies reveal that the present health crisis has only led to an influx of applications, with a great portion of these dedicated to contact tracing.

If you’re a business leader contemplating the actualization of your app, this blog aims to tackle the leading components that contribute to the overall cost of an application.

Here are what drive the cost of an app

This shouldn’t come as a surprise, but a huge chunk of where your money goes is dedicated to the talent behind your app. Different developers have different skill sets. The traditional methods of building software require the employment of different teams. Conventionally, the people who are in charge of strategy are different from the experts who cover engineering and design. Of course, UX and UI professionals are two separate groups, too, so you’ll have to factor that in. All that mentioned, the number of people working on an app overtly contributes to the overall price of a project.

These days, the fastest way to complete program projects is by turning to app development agencies, each of which also has distinct processes. For instance, here in MVP.dev, we harness the powers of the no-code movement. As a result, we’re free from the shackles of manually written code to build apps. As such, the projects we work on—be they marketplaces, startup apps, or entrepreneur apps—are roughly five times faster than traditional app development.

Because our projects are built on visual programming, what would often take six months to a year, only takes us a few weeks to finish.

Without a reliable backend to host content and data, apps amount to nothing. That said, apps require having to communicate with a back end in most cases. This means that an app may need an API reliant on a cloud-based server or a middleware layer that puts enterprise legacy information into a third-party program accessible for apps.

In total, the extent of variables attached to the back end largely dictates how much one pays for app development. Additionally, each data source that’s supplemented to an app will require extra effort and engineering, leading to a heftier bill.

Fortunately, for users who depend on platforms like bubble.io, every single facet is taken care of by Bubble. While APIs are still very much available, they’re a lot easier to navigate because of the convenience of no-code providers.

The type of app

On top of the teams you work with and the back-end technology you’ll need, the type of app you need to be made also has a huge say in your project’s price tag. Are you looking to develop a native app or a web app? Furthermore, do you intend to publish your product in the Android market only, or do you plan to invade the iOS ecosystem too?

All these contribute to how much apps can cost. It’s also important to understand that the codes for both iOS and Android vary greatly, which means if you need your app to be available at both leading software markets, they’ll have to be built twice from scratch.

How complex your app is determines how long the project will last, which means the more elaborate your product is, the longer it will take. Simply put, the longer the duration of your app development, the more it will cost you. As with every other industry, time equates to money, and this can’t be further when developing software.

Thankfully, no-code platforms help hasten the app development process. Because drag-and-drop editors simplify the building method, everything is much faster and parties no longer have to worry about what technology hosts what since the majority of what an app could need is taken care of by no-code providers.

For instance, Bubble is a powerful no-code platform that enables creatives, entrepreneurs, and regular professionals to build programs they wish they could create minus writing code.

Put coding out of the way and you easily encourage non-coders to develop software they can.

Overall, there isn’t a one-size-fits-all approach to building apps, as every app is unique and presents distinct hurdles and challenges on its own. Opportunely, the times have presented the advent of visual programming, and we can now opt-out of building apps traditionally.

Moreover, app development has never been more feasible until today. The no-code space has empowered more entrepreneurs to build brand-driven apps, and the pandemic has only made that apparent.

Do you have an app you want to build? We can help you! 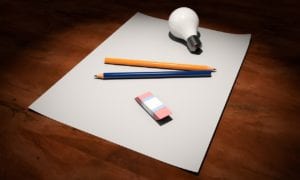 How to Launch Your App Idea for (Almost) Free – Part 2: Minimum Viable Products 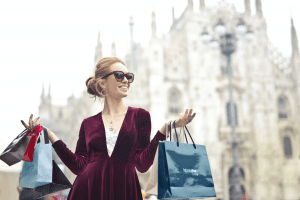 Why You Should Focus On Pleasing Loyal Customers

Starting a business is nerve-wracking for several reasons, but mostly because the market is uncertain. 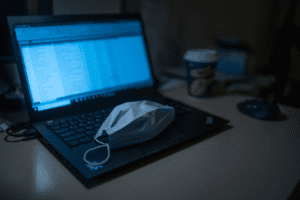 How To Start A Startup in a Covid-stricken world

If you study history closely, you’ll learn that some of the biggest things to ever