There’s a recognized stigma to offshore development projects in the software industry. While we can argue about how often these failures persist, the reasons why many of these initiatives don’t fly are generally the same: late projects, missed functionalities, or spending above the budget.

Let’s go over a more detailed run-through on why tech development efforts completed through overseas arrangements arguably cause a lot of damage time and again.

The leading cause of offshore development failures is the same reason in-house development projects go awry. Expectedly, the lack of an efficient process tremendously hurts any software initiative. Today, most software developers try resorting to agile and iterative approaches that don’t always map out every screen flow, feature, or user interaction in advance—as such, leaving out the necessary information required to build software accurately becomes more likely. Despite that, it’s best to note that not all incremental development processes breed inorganization.

If you’re looking for a tech development startup, find one that uses a modified agile development process that stays true to the goal. There’s nothing wrong with iteration phases that come in sprints as long as targets are kept in place, and the end goal is clear.

Several studies and surveys have cited the tremendous lack of communication to be the number one reason for offshore development mishaps. And although this does sound like a different problem altogether, this is only re-wording the first issue on this list. A part of an unsteady development process is the glaring absence of proper communication practices. Without documented feedback sessions, a software project only becomes slower and more ineffective.

A thread of emails can only go so far, and a few spreadsheet updates don’t offer too much value. For a software project to thrive, every advancement, relapse, delay, and buildup have to be accounted for, and every single member of the team has to be on the same page 100% of the time.

Furthermore, processes like these don’t happen instantaneously. A tech company can use the most innovative digital solutions to track episodes of progress, but without an established human connection, these things still don’t make it very far. At the end of the day, developers are human beings, regardless of their locations. Unless expectations are properly set, and workflows are tailor-fit to respect each member’s competencies and skills, software efforts will crash.

Go for a tech startup that puts a premium in getting to know their developers individually, remote or not. Remember that people are more likely to respond positively to other people whom they know will understand them. When offshore team members aren’t as kept in the loop as in-house teammates, best believe that the distance will affect how software projects turn out.

No matter how successfully the world has gone with virtual meetings, nothing beats completing projects with people you see in person. To come up with the best software, tech companies have to be wise in splitting assignments and tasks. While project sizes vary, some responsibilities and obligations are best executed with people you share the same space with. For example, project management, initial planning activities, and QA undertakings are best held in an organization’s main office.

Remember: there isn’t anything inherently wrong with tech agencies that employ remote workers. What matters is the division of work is smartly divided, and clients have easy access to a project leader, if not the lead software developer.

The Lack of Experience and the Wrong Developers

Firstly, there is no substitute for experience. No amount of reading, studying, and tutorial videos can make up for what a professional has lived through. That being the case, tech agencies must hire developers calculatedly. Of course, employing developers with little to no expert experience isn’t a bad thing. But to build lasting software, you’re going to need the right balance of neophytes and geniuses to take on these projects.

Secondly, working with the wrong developers can contribute to failed projects, too. Notice that we say wrong developers and not “bad” ones. Though bad developers really exist, what hastens a project’s downfall is when the wrong types of developers are awarded specific projects. Think of it as hiring a country singer for an event dedicated to an R&B audience. No matter how skillful a developer is, if their expertise doesn’t match what a project calls for, it isn’t going too far.

Much like a marriage, employing developers with the right spirit is essential. It’s easy to hire anyone with a developer’s portfolio. If they’ve built websites and apps before, nothing should stop you from working with them.

You can build the best software the world can ever experience now, and still, it will call for updates as new user demands will present themselves as time progresses. This is why working with developers who are open to feedback is warranted. Software projects are seldom short-term. Look for tech agencies and developers who share both your vision and your attitude.

All that mentioned, offshore software development extends several benefits. What differentiates them all is leadership.

Do you have software you’d like to build? Call us, and we’ll make it happen. 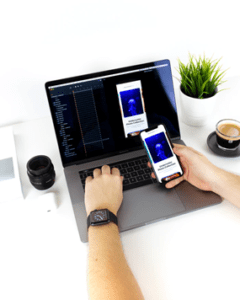 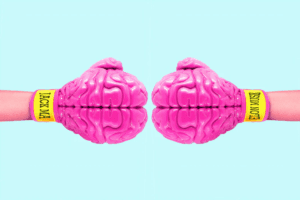 There is an overwhelming demand for new apps. Thanks to the rise of improved AI 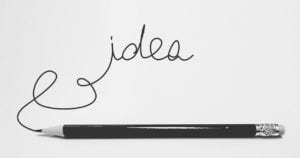 While COVID 19 spread across the world, we at MVP.dev saw a shift in the 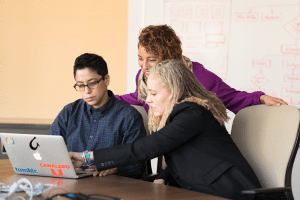 It’s Happening. No code will replace 80% of app development.

When low-code platforms entered the app scene, they garnered a lot of attention for what