WHAT IS AN MVP?

Entrepreneurs hope to solve one or more problems for a target audience, but in their enthusiasm for their new product or service often overestimate the actual return they will receive on their investment. While waiting for the world to beat a path to their door, the better mousetrap maker wonders what the hell went wrong. Two assumptions are at work here: the assumption of providing value to the customers (The Value Hypothesis) and the assumption of growth in the market (The Growth Hypothesis).

Any start up initially attempts to validate its assumptions about value and growth. In order to do that the business comes up with a test version of its product or service that has enough functionality to exhibit the value it brings to the users. The test version of the product is called a Minimum Viable Product (MVP). The MVP is then widely tested to verify the assumptions the entrepreneur has made.

The concept of MVP is essential for both start ups and new product development. Eric Ries, in The Lean Start Up, defined MVP as “a version of a new product which allows a team to collect the maximum amount of validated learning about customers with the least effort.” The key idea here is that the start up produces a product or activates a service that is offered to the customers to see how they respond. Does anyone want an electric toothbrush with Bluetooth capacity? Do customers want a social networking site for their pets? However, it is essential that start up founders avoid doing what they always want to do—pile on more and more neat and exciting features. Only minimum adequate features and functions should initially be released to the market.

In my MVP Template, I help you to crystalize your decisions on which features to include initially in your app.

IMPORTANCE OF AN MVP

An MVP tests a new product, and customer response guides subsequent revisions. In addition, launching MVPs has other financial and non-financial benefits:

MVPs allow testing a product’s features against real market competition, current technology, and the economic environment. Rather than launching a full-blown version of the product, the start up can first test the core set of features and evaluate the response of its customers. That feedback can then be used to drive further modifications in the next iteration of the product, referred to as the “Feedback Loop”.

A fully advanced version of the product can take years of research and development, often running into budget limitations. However, MVPs allow the company to generate value while minimizing cost and investing less time. Getting immediate feedback is one of the central benefits of MVPs. As the company gains new customers and analyzes their responses, the start up begins to invest its resources in more effective means to meet the needs of those customers. In addition, every new version of the MVP involves at least some return on investment (ROI), which can be reinvested into the development of a more fully functional product or a service.

MVPs are smaller, simpler versions of what is to be a better and more complex product, but adding new features increases costs. MVPs make it possible to validate the product in front of stakeholders and investors and help to increase the likelihood of funding.

Once a company knows that the product will be successful in the market, the return on investment will help in the further development of the product. But if serious problems or concerns arise, the company has the option of refocusing the product or service, known as a pivot, or of simply cutting its losses and dropping out of the market without further loss of time and money.

To illustrate the concept of MVPs, consider the example of Dropbox. Instead of launching a fully developed, widely available network without knowing how customers would respond, Dropbox launched a MVP, followed by an explainer video, which it shared with its network to evaluate if people would actually use the platform. The three-minute video was a tutorial demonstrating the use and benefits of features and functions of Dropbox. Signups went from 5,000 to 75,000 overnight. Dropbox’s MVP and explainer video served as an example of market validation before management had to invest in the development of advanced features. 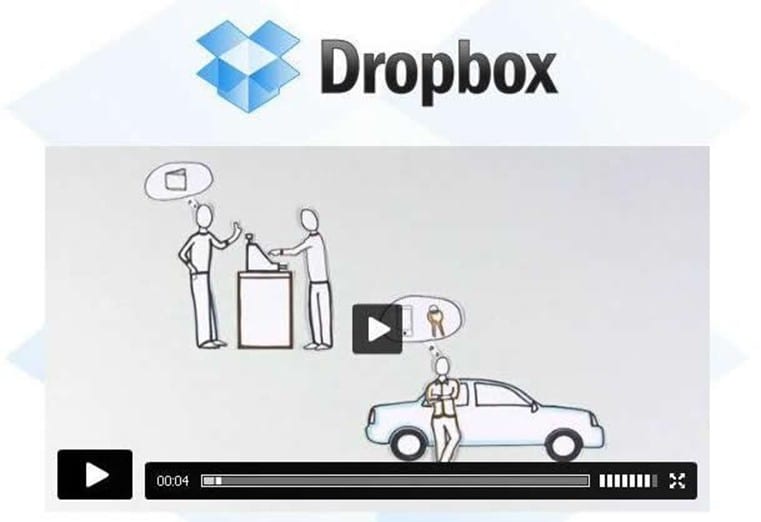 For another example of an MVP, take Twitter, which began as a podcast platform for a company named Odeo. The platform failed with the launch of Apple iTunes. The company began searching for new ideas to sustain its business; one of them was an idea for sharing updates with a group of people via text messages, called “twttr.” The first MVP launch was used internally among the employees of Odeo. The employees were so attracted by the idea that they began consuming monthly SMS bills, which totaled hundreds of dollars. This pushed the company to launch Twitter to the external market.

Do you have apps you want to build? Check our courses to learn more about building your app.

Give us a call today!

Continue to How To Launch Your App Idea For (Almost) Free – Part 3: Application Types

This website uses cookies to improve your experience while you navigate through the website. Out of these, the cookies that are categorized as necessary are stored on your browser as they are essential for the working of basic functionalities of the website. We also use third-party cookies that help us analyze and understand how you use this website. These cookies will be stored in your browser only with your consent. You also have the option to opt-out of these cookies. But opting out of some of these cookies may affect your browsing experience.
Necessary Always Enabled
Necessary cookies are absolutely essential for the website to function properly. These cookies ensure basic functionalities and security features of the website, anonymously.
Functional
Functional cookies help to perform certain functionalities like sharing the content of the website on social media platforms, collect feedbacks, and other third-party features.
Performance
Performance cookies are used to understand and analyze the key performance indexes of the website which helps in delivering a better user experience for the visitors.
Analytics
Analytical cookies are used to understand how visitors interact with the website. These cookies help provide information on metrics the number of visitors, bounce rate, traffic source, etc.
Advertisement
Advertisement cookies are used to provide visitors with relevant ads and marketing campaigns. These cookies track visitors across websites and collect information to provide customized ads.
Others
Other uncategorized cookies are those that are being analyzed and have not been classified into a category as yet.
SAVE & ACCEPT