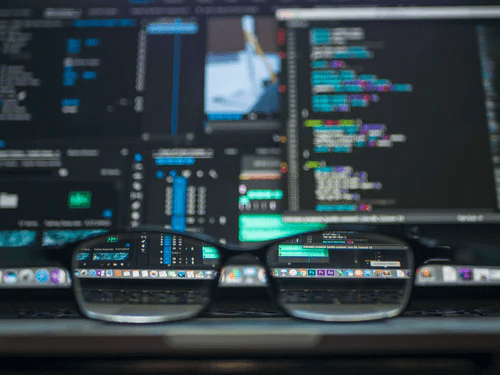 To start, conventional app-development begins by writing code. Developers begin by deciding on a targeted platform such as iOs, Android, Windows, or LINUX, among others. Once they’ve decided which platform to use, they “speak” the platform’s relevant language.

For example, let’s say we’re going for Windows. Before deploying your code on a Windows Server, a developer writes and compiles it first. After he or she’s been able to come up with written code, a “dependency” is made. The string of dependencies that are then available is the version of (dot)Net framework the developer worked on using the code. And because Microsoft periodically upgrades the Dot Net framework, developers will have to keep recompiling and refactoring codes to accurately and aptly maintain it.

If your custom code doesn’t keep up with the times, it could soon turn into a Legacy code, meaning its foundation is reliant on a version of the framework that may not work anymore. Long story short, traditional coding is an exhaustive and expensive process, as developers will need to keep editing code to maintain functionality and add new features.

How it’s different from low-code and no-code programming

The biggest key difference between traditional coding and its two newer counterparts is how applications are developed and deployed. No-code programming platforms like bubble.io are complete development platforms that provide users the tools to build an app from scratch. This means that every app feature and functionality that’s created in no-code platforms are managed as Metadata, which in turn, is interpreted when the applications run.

Fundamentally, no-code programming platforms utilize a designer interface that optimizes a drag-and-drop editor. That mentioned, non-expert developers are given the power to create dynamic content and mobile-friendly layout without HTML or CSS knowledge. Collectively, this means creating a library of necessary business data that interacts with integrated forms in Databases and target data APIs.

In other words, no-code programming development is coursed through platforms that have a server, app browsers that render HTML5 UI to users, and a designer tool that takes care of metadata.

What makes this software architecture stand out is that when newer versions of the server, app browser, and designer are released, every app feature that was created using the platform will all still be functional. In this light, creating apps through platforms like bubble.io, specifically, can be considered future-proof. Think of it like Microsoft Word and how anyone can still access and open old Microsoft Word files given that new releases of Word keep being released now and then.

Benefits of no-code and low-code programming

Businesspeople who have no background in technical technology usually stay away from in-depth tech discussions and ventures. But because no-code and low-code programming platforms have easy-to-use tools, any determined entrepreneur can now dabble into app-building, widening the group of people who can participate in the application development.

Any business leader knows that the sooner their products hit the market, the sooner they can start making money. This is equally true in the world of mobile applications. Because no-code and low-code configuration are drastically faster than traditionally writing code, developers and entrepreneurs are more able to launch their apps at earlier dates, increasing productivity levels up to ten times.

Every app built through no-code and low-code platforms share the same updated security protection measures. That said, apps built on these platforms have significantly higher levels of security, as traditional code architecture demands that a developer manually integrates protection measures into their custom system.

Because metadata-reliant platforms such as bubble.io support metadata versioning for alterations and adjustments, change management and agile development is enhanced. Project leaders can simply change functionalities in as quickly as a click. This capacity doesn’t just help fortify confidence between business people and their app users, it’s a lot more cost-effective, too.

All in all, no-code platforms are best for anyone looking to explore business ideas designed to monitor, automate, and optimize processes. Furthermore, tech agencies such as MVP.dev and bubble.io make it a lot more feasible to open startups and create applications for both enterprise-level and department level organizations.

If you’re looking to start your journey in the exciting world of mobile technology, give us a call!

This website uses cookies to improve your experience while you navigate through the website. Out of these, the cookies that are categorized as necessary are stored on your browser as they are essential for the working of basic functionalities of the website. We also use third-party cookies that help us analyze and understand how you use this website. These cookies will be stored in your browser only with your consent. You also have the option to opt-out of these cookies. But opting out of some of these cookies may affect your browsing experience.
Necessary Always Enabled
Necessary cookies are absolutely essential for the website to function properly. These cookies ensure basic functionalities and security features of the website, anonymously.
Functional
Functional cookies help to perform certain functionalities like sharing the content of the website on social media platforms, collect feedbacks, and other third-party features.
Performance
Performance cookies are used to understand and analyze the key performance indexes of the website which helps in delivering a better user experience for the visitors.
Analytics
Analytical cookies are used to understand how visitors interact with the website. These cookies help provide information on metrics the number of visitors, bounce rate, traffic source, etc.
Advertisement
Advertisement cookies are used to provide visitors with relevant ads and marketing campaigns. These cookies track visitors across websites and collect information to provide customized ads.
Others
Other uncategorized cookies are those that are being analyzed and have not been classified into a category as yet.
SAVE & ACCEPT
Scroll to Top