Designing a new application requires features to be carefully thought out. This is where the Minimum Viable Product strategy works beautifully. In order to design an MVP effectively, there must be discussions and decisions regarding the features.  The first step is to define the product as clearly as possible and to understand that the basic features should be self-explanatory and self-evident. Your most important consideration is viability, that is, your MVP must provide the minimal product features your users want. Viability, however, must be balanced against the minimum features needed to quickly assess customers interest and to identify what needs to be improved at the next stage through feedback.

The basic purpose of an MVP is to attract your potential audience or targeted customer with an understanding of your product or service in a convincing manner. By executing a proper product design sprint (PDS), you can attain a viable version of the product relatively quickly and inexpensively. PDS is a systematic strategy to design, prototype, and measure the viability of your application. PDS may help to solidify a vibrant idea with clarity, in solving the many hurdles faced launching an MVP.  This strategy aims to make a product the customer will want, and to capture early adopter feedback.

The following are the basic defining features of an MVP:

A product can only appeal to its customers when it has the capacity to make things easier or more functional for the user. However, unless a target audience is clearly defined, a product will rarely be appealing for a random sample of customers. The primary task in designing an MVP is to define the target audience.  Doing so allows you to define and implement the exact features most desired by your potential users into your application.

This step pinpoints audience needs. The MVP’s defining features should appeal to your target audience. This can only be done with an ample amount of research.  You must get out and talk to your potential users.

After considering these requirements, identify the minimum viable features of the product, which is known as the Minimum Marketable Product.  This requires analysis, testing, and the identification of the viability of the product before marketing.

However, an MVP is more than a set of features. Its design must address three fundamental features; Reliability, Usability, and User Experience.

The features to be included while defining your MVP are illustrated on the next page: 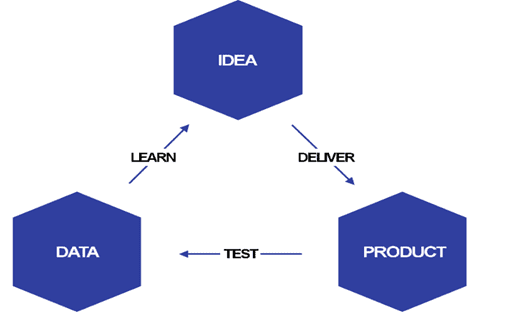 To help make the feature selection of your MVP easier, I offer an MVP template that helps to explain the steps for determining a viable version one of your app and what options you have available to launch your dream startup

User Stories are the basic developmental artifacts for defining the MVP. They include all the above features to establish a close relationship with the target audience. User stories or scenarios help in elaborating the motivational force behind the project. This strategy describes the reason why the product is ideal for the potential users. The stories are developed to highlight the actual purpose and features of the product or application and explores why the product is perfect for a particular audience. Quite simply, an effective story answers all the questions a customer might have about the product or service in an appealing and persuasive way.

Let’s take the following example of an effective user story.

Objective: XYZ is a regular smartphone user, socially active, and wants to be in touch with his contacts on various messaging apps.

This would be just the opening of a user story, which could be further elaborated by discussing the use of each feature—how to add a messaging app, update user status, change profile image, and so on. The figure below depicts the essentials to be considered while writing user stories. 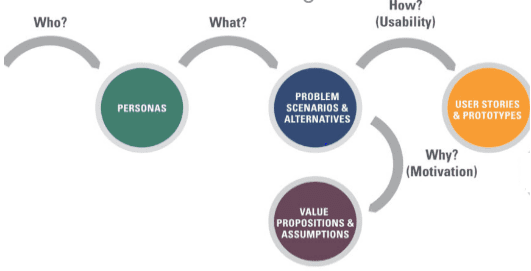 There are three methods for picking the features that define an MVP. These are the Kano Model, the Feature Priority Matrix, and Feature Buckets.

The Kano Model is a strategy to implement the features of customer choice and preference.  In the 1980s Professor Noriaki Kano developed the model with the purpose of identifying the preference of customers. According to the model, the most desired and functional features must be applied in a well-articulated way to satisfy the customer.  Features that are less central to customer preference or are of lower value, yet significant to the app, must be implemented appropriately. Avoiding the features that are of least interest to the consumer or not usable by the customer is important, since the user may overlook technical refinements and capabilities. 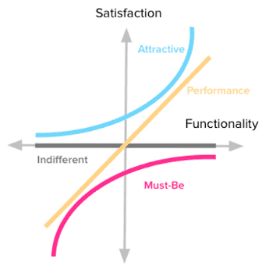 The fundamental feature for defining the MVP is an understanding of the measurable goals of the product. The product can be quantified by its effort and impact and the time spent by the user in using the product. By prioritizing the features most desired by the consumer, a roadmap can be developed for the logical and systematic development of a new product or service.

Feature buckets is are another useful tactic to prioritize the characteristics of an MVP. To clarify the validity of the product, the features could be placed in three buckets: “Must Have,” “Nice to Have,” and “Not Needed.” This framework helps in identifying only the most important features of the product and can also help in describing a User story. 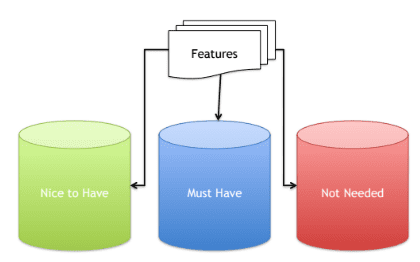 Documenting is an essential element in creating any project, and the same holds true in the process of developing an MVP. Documentation is an ongoing exercise, and designing an MVP requires accurate documentation of the product requirements to manage the flow of information and streamline the project structure. Likewise, after assessing the initial feedback on the product based on the MVP, a set of features, functional details, objectives, and core concepts should become clear. Documentation is aimed at nailing down all the potential details and features of the product. It also helps to facilitate discussions among the stakeholders that may help to reveal aspects of the MVP that were originally overlooked.  The following software and digital applications are vital for documenting.

Microsoft Word is justifiably the most widely used word processing program in the world, allowing the user to create and fine-tune a wide variety of different types of documents. MS Word is used to work with a written document such as a report or a resume. When a user types a report using the software, Word provides numerous options for formatting and copying the text—some would say far too many options. Word can also check for spelling and grammatical mistakes. With its many advanced features, the software can add tables, charts, illustrations, photographs, and many elements from other software. 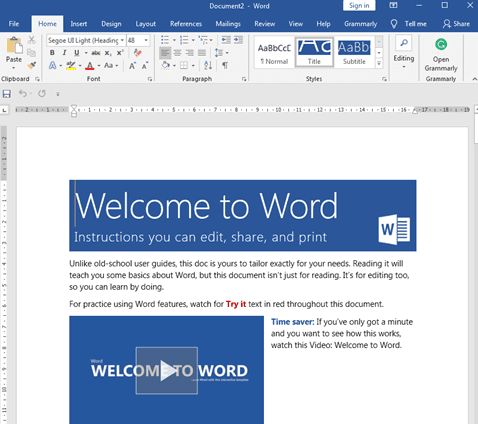 Visio is another processing program in the Microsoft Office Suite. Microsoft added Visio in 2000, which was previously owned by the Shapeware Corporation. Visio assists the user in creating layouts, floor plans, diagrams, and charts utilizing modern templates. Visio produces graphic images in the form of flowcharts, playbooks, decision diagrams, and network diagramming. The main purpose of Visio is to visually explain an idea. 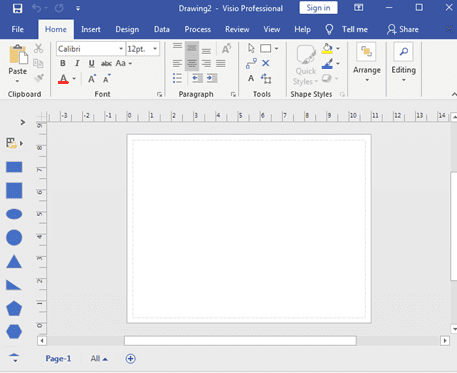 Marvel is a developer platform that provides its users a powerful way for integrating its API and in building applications. Marvel has a full range of features to manage, extend, and automate the app. The Marvel API consists of a set of core features for web development: adding designs, creating prototypes, and interacting in a programmatic fashion with Marvel. Dashboards, integration, building bots or completely new apps take the productivity of Marvel to a whole new level. Marvel uses GraphQL for its API functions. GraphQL is known as a query language that gives its user full control over the data returned to the server.

Adobe XD is a useful digital designing software for photo editing. It can effectively design and prototype the various screens of your MVP. Adobe is a vector-based tool, modifying easily from visual design, communication design, prototyping, wireframing, and previewing. Adobe XD provides a simple and efficient interface. It offers several functions for prototyping on different platforms including web, mobile, and tablet. Adobe XD goes a long way in designing an MVP before development even begins.

Continue to How To Launch Your App Idea For (Almost) Free – Part 5: Bubble.Io