Mobile App Low Code Platform Integration—probably way too technical a term for someone who just wants to launch a start up and has a business in mind, right? Let’s simplify this by breaking that mouthful into its parts and examine how these parts might be useful for a start up.

Low-code is a developmental approach to the creation of applications that enables web developers with little or no coding experience to create applications for web and mobile use via a graphic user interface. These elements include drag-and-drop components and what is called modal driven logic. Low-code platforms help non-technical developers avoid writing code, although it still supports the professional developers’ complex technical operations and infrastructure tasks. This way business developers and professional IT developers create, revise and launch applications on a timely basis as compared to traditional methods. Low-code applications therefore are important for a startup, as it allows production of a diverse range of applications types, ranging from upgrading an outdated app to enabling smart apps.

The purpose of explaining these technicalities is that businesses are increasingly paying attention to how they connect with their target market using the advanced technology of smartphones and tablets. Consequently, companies are constantly deploying and developing their own mobile applications to cope with a changing market. Mobile App Low Code Platform Integration is a platform that allows the designing, creating, examining, and finally deploying of mobile applications across all kinds of devices.

Thunkable is a platform that enables any business to design its own mobile application. The interface is user-friendly and straightforward and allows anyone who knows how to use a computer to create his or her own app. The user can work with this platform without needing to download complicated software, since application development is done through Thunkable’s website.

There are two aspects to the platform. The design function helps users manage the architecture and layout of graphics and text, while something called “blocks language” makes the elements in the display do something, telling each button, image or text what to do. Compared to traditional programming languages the blocks language is simple and easy to use, even providing a spelling and grammar checker.

Why Thunkable instead of any other App Inventor?

Apart from the fact that the user does have to pay to use certain features, Thunkable does its best to offer a wide range of free resources that support Google Maps, Material Design Elements, Microsoft Image Recognition, and payments through Stripe, along with sample applications and templates.

Thunkable also has a customer service support team to help with problems, working through them manually. The team is very responsive and proactive in replying to emails and other messages from clients.

The recent launch of Thunkable X (essentially a cross-platform version) now lets users develop applications that will work on both Android and iOS. According to CEO of Thunkable, “Initially developing an app required thousands of dollars and two teams of IT developers; one for Android and one for iOS. However, with the launch of Thunkable X, even non-coders can easily create their own apps that work on all devices.”

What about the price?

Thunkable is not expensive to use, although it does charge some money to enable the user to get all that Thunkable has to offer. The founders have introduced a “Freemium Pricing Model” through which the user has free access to basic functionalities but certain features require investment. The pro version of the app costs $200 a year, and educational discounts are available.

Dropsource is a platform used to build apps in a similar way as Thunkable, allowing users to create mobile apps without writing code. Dropsource significantly reduces time for start ups or already existing companies who need to improvise quickly, prototype rapidly, and create and launch strong and attractable apps. 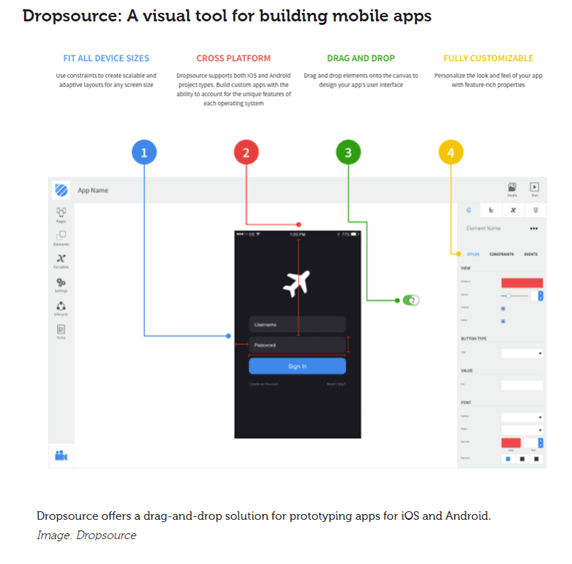 Why Dropsource instead of building an App yourself?

Assuming that you have the technical skills and prior experience to build your own app, let’s compare the benefits of Dropsource with that of building an app yourself. 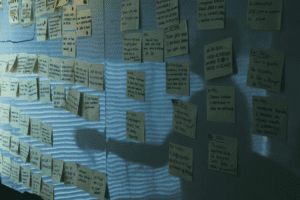 Why The Lean Startup Methodology works

In 2011, Eric Ries changed the world of startup forever when he published his book, 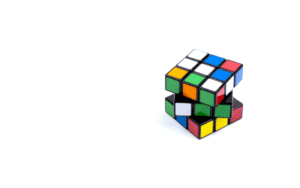 Not too long ago, artificial intelligence, machine learning, and capsule networks used only to be 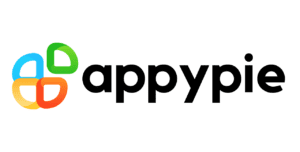 If you’ve looked around well enough, you can already tell that there isn’t a shortage 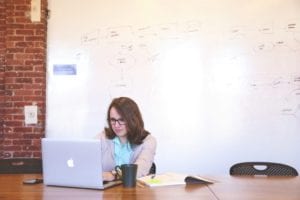 Creating a free website in WordPress can be done in two ways: Using WordPress itself